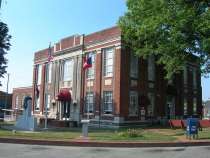 Macon County did not have any significant Civil War battles, but consistent guerrilla action resisted the federal occupation from 1862 to 1865. One federal raid on October 30, 1862, led by the 4th Kentucky Cavalry, captured a Confederate colonel and other Confederate soldiers and sympathizers in Lafayette. Another engagement on May 12, 1863, near the Williams community involved the Federal cavalry and local guerrillas, leaving nine guerrillas dead and two Federals wounded. Historians consider Robert P. Merrill of Macon County to be one of the region’s primary guerrilla leaders.