Fielding Hurst, a staunch Unionist during the Civil War, led the Sixth Tennessee Cavalry (USA) and proved to be one of the war’s most polarizing figures. An East Tennessee native, Hurst and his wife moved to McNairy County in West Tennessee about 1834.

Hurst remained committed to the Union throughout the secession crisis despite the intimidation and violence directed at Unionists by pro-secessionist forces. After Tennessee seceded, Hurst was imprisoned at the state penitentiary in Nashville with other Union sympathizers. The Federal occupation of Nashville eventually liberated Fielding, and he returned home to McNairy County.

Hurst, at age 51, formed a unit of mounted scouts to serve with the Union army. The Hurst scouts, although at times derided for their unsoldierly appearance by Federal officers, provided a better degree of mobility and garnered invaluable intelligence about the surrounding countryside to the Union army as they patrolled for bands of guerrillas, bushwhackers, and thieves along the Federal logistical routes. Hurst’s “hard war” tactics utilized in these victories increased the level of animosity between the region’s Unionists and secessionists. For example, Hurst raided his hometown of Purdy in April 1863 and reportedly ordered the burning of the courthouse, church, and several homes.

Confederates responded by personally targeting Hurst and his family for their alleged depredations against civilians and soldiers. Guerrillas tortured and executed one of Hurst’s nephews and injured Hurst’s aged sister. Hurst retaliated by capturing those believed responsible and executed five prisoners. Such acts drew the attention of the Confederate government, and Confederate Brigadier General Nathan Bedford Forrest swore revenge on what he considered the renegade Hurst’s wartime atrocities.

After several more controversial raids, Hurst’s regiment was transferred to Middle Tennessee. On December 10, 1864, just outside of Nashville, Hurst resigned his command due to poor health. After the war, Hurst and his men remained a target for his Confederate neighbors. Legends and stories of the Sixth Tennessee’s alleged atrocities against West Tennesseans grew over the decades; Hurst’s name was associated with nearly anything derogatory or evil. Hurst died destitute in 1882. 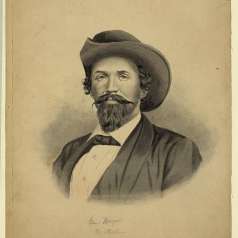 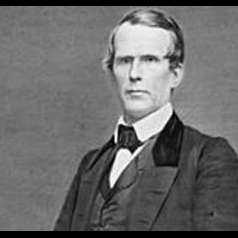 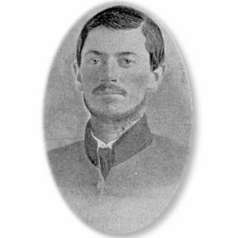