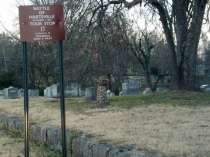 This locally established park preserves a battlefield where confederate cavalry leader col. John Hunt Morgan had one of his greatest successes. On December 7, 1862, with a force of about 1,300 men. Morgan surprised a federal garrison commanded by Col. Absalom B. Moore. Morgan's casualties, 139 killed, wounded, and missing were light compared to the damage he caused: 2,096 federal casualties, with 1,834 of these being captured prisoners. The battlefield has an interpretive walking tour and a driving tour brochure of the area is also available. The Confederate dead from the battle are buried in the Hartsville cemetery.