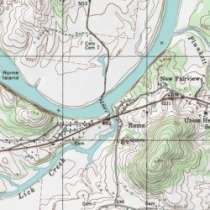 After Union Gen. Ebenezer Dumont’s troops surprised Confederate Gen. John Hunt Morgan’s command at Lebanon on May 5, 1862, Morgan’s men escaped north and rushed toward the Cumberland River. Hotly pursued, the Confederates succeeded in reaching Rome first. Luckily for them, they found the ferry was anchored on their side of the Cumberland River. In their haste to escape, they left many horses behind, including Morgan’s favorite mount, Black Bess. Dumont was pleased with his victory in Lebanon but disappointed that Morgan and his troops escaped.