The Battle of Hartsville 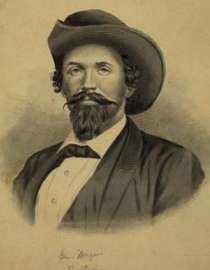 Morgan's most successful raid in Tennessee came on December 7, 1862, when he inflicted a lopsided defeat on a Federal garrison near Hartsville, a mile south of here. Morgan and his men captured the entire 39th Brigade of the Army of the Cumberland under the command of Col. Absalom B. Moore. After observing that the brigade was isolated at its post at Hartsville, Morgan decided to attack. The miserable weather had lulled the Federals into a false sense of security.