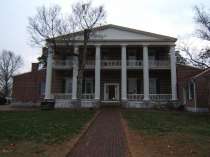 Residents of the Tennessee Confederate Soldiers' Home gained admission by proving that they served in the Confederate army honorably and that they could no longer provide for themselves. For most, an approved pension application or military record satisfied the service requirement, while letters from physicians, concerned citizens, or commanders established the veteran's need. The Soldiers' Home accepted most applicants but rejected several who could not prove honorable service.