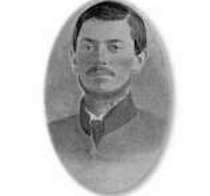 Rutherford County native DeWitt Smith Jobe was a member of Capt. Henry B. Shaw's Coleman’s Scouts, a Confederate cavalry unit and spy network that served the Army of Tennessee. The men operated behind Union lines, remaining out of sight in the daytime and traveling at night. After obtaining intelligence about Federal plans and movements, the Scouts forwarded their reports to army headquarters by courier. Jobe first served in the 20th Tennessee Infantry and was wounded and captured at the Battle of Mill Springs on January 19, 1862.