Civil War in Tennessee: Invasion by River and Rail 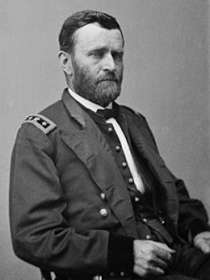 The northern part of Middle Tennessee around Clarksville felt the hard hand of war early in the conflict. In February 1862, Union Gen. Ulysses S. Grant led army and naval forces against Fort Henry on the Tennessee River and Fort Donelson on the Cumberland River. Confederate Gen. Simon B. Buckner failed to stop the advance, and soon Federal troops flooded into the state, using roads, railroads, and the Cumberland River to move toward Nashville. Confederate forces held Fort Defiance here at Clarksville, an important iron industry center, but after the fall of Fort Donelson, the Union army soon swept through and closed or destroyed the vital ironworks. The march continued to Nashville, the first Confederate capital to fall to Federal forces. Confederate Gov. Isham G. Harris fled to Memphis, where he proclaimed that “unalterable resolve … gives us the means of repelling the invader.” Grant, meanwhile, wrote that while “’Secesh’ is … on its last legs in Tennessee,” he wanted “to push on as rapidly as possible to save hard fighting.”