Music is everywhere you turn in Nashville, which appropriately has taken as its moniker "Music City." Make a stop in Music City's Honky Tonk district, where families are welcome before 8 or 9 p.m., then most establishments enforce the over-21 rule. Sitting on the corner of Fifth and Broadway, Legends Corner guards the entrance to "the Honky Tonk Highway," a stretch of bars known for their atmosphere and music. The walls of Legends Corner are lined with thousands of vintage album covers: name your favorite star and his or her album will be there. Next door to Legends, you will find one of Nashville's most famous honky tonks. Tootsie's Orchid Lounge, known far and wide by its purple exterior, has been called "home" by many famous musicians. A little further down the "highway," you'll find Robert's Western World. As soon as you enter Robert's, you'll hear the sounds of Brazilbilly, the country music house band with Latin flair. Sandwiched between Second Fiddle and Robert's, you'll find Layla's Bluegrass Inn, a cozy club that offers traditional bluegrass and a great atmosphere. Step into The Second Fiddle and enjoy the music as well as the Grand Ole Opry memorabilia lining the walls. The Stage says it all in its name: with the biggest stage on Broadway, you're sure to find room to dance to authentic honky tonk sounds. One thing to remember while you're on the Honky Tonk Highway: Wherever you land (and whenever: open 10am-3am), there's never a cover charge and the music is always live. The performers get paid from the tips you deposit on your way out. Feast on the music and the atmosphere. In Nashville, they have a name for this pilgrimage: Honky Tonking. The music starts in the early afternoon, and there are families with young children sitting on stools at tables, enjoying the music. This is really an enchanted time, with the afternoon sun backlighting the performers, the places not as crowded or noisy as they will become. It seems the music is purer then, perhaps because the people are more focused on the performance. 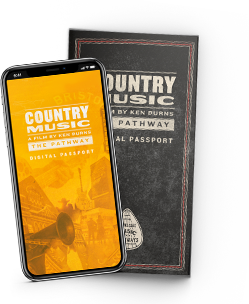 For more info on Broadway Historic District: Honky Tonk Highway or things to do in the area, check out these articles.

Sports Fans Can Visit These Places While in Nashville
Read More

Ken Burns Country Music Pathway: Your Guide to the Places That Inspired the Music
Read More

From Backstage to Backroads on Nashville's Trace Trail
Read More