Hand-drawn commemorative fraktur, or illustrated genealogy and Civil War memorial, of Peter Stiner's wartime service as a teamster with the Union "Fisk's Brigade" (he originally was conscripted into the 7th Tenn. Inf. Regt., CSA). Contains a matrimonial record and a listing of their children. Fine pen-and-ink writing and embellishments with an eagle and American flag in color, bayonets, and rifles. Stiner was criticized by family for his Confederate service, involuntary as it was. 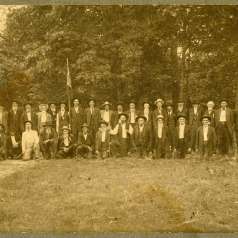 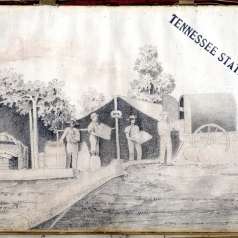 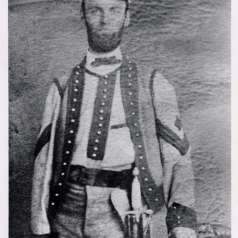 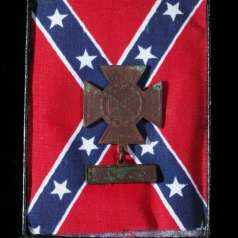