This saber belonged to Captain Leonidas O. Paris, Company D, 4th Mississippi Infantry, CSA. He was killed at the Battle of Franklin on November 30, 1864. The sword was taken as a trophy by Sgt. Elijah Kellogg, Co. C, 74th Ill. Inf. after the battle, along with a blood-soaked letter addressed to "Dear Brother Lee" and signed by "Your Loving Sister Agnes." Swords from this Memphis factory are fairly rare, since the city fell to Union forces in June 1862. 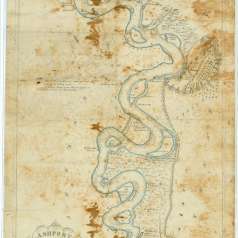 "Ashport to Memphis" Confederate Map, circa 1861 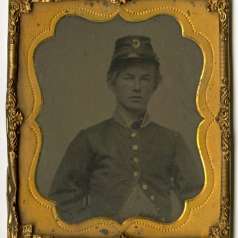 Tintype of Pvt. Robert A. Cheatham 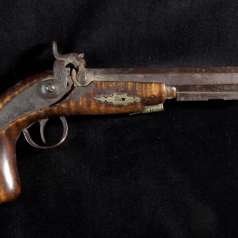 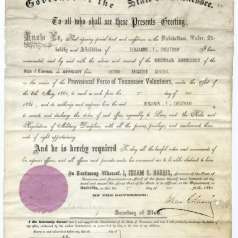