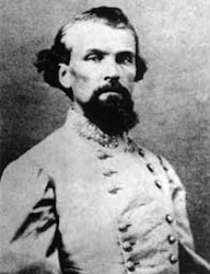 On Dec. 31, 1862, Union forces sought to capture Confederate Gen. Nathan Bedford Forrest and his men on their return from their first West Tennessee raid. When Confederate General Forrest found himself caught between two Union forces, he ordered his troops to “charge both ways” and made a successful escape.

The driving tour is included on the park's website at http://parkerscrossroads.org/ or in a brochure at the Visitor Center.

Seven marked sites are included in the driving tour:

Jones Cemetery and the Old Well