William B. Bate, lawyer, Confederate general, governor, and U.S. senator, was born at Castalian Springs on October 7, 1826, the son of James H. Bate and Anna Weathered Bate. His limited education was in a log schoolhouse called Rural Academy. Following his father's death, Bate became a second clerk on the steamboat Saladin, which traveled between Nashville and New Orleans. When the Mexican War began in 1846, Bate volunteered for a Louisiana regiment; at the end of his enlistment, he reenlisted as lieutenant of Company I, Third Tennessee Infantry.

After the war, Bate returned to the family farm and established a Democratic newspaper, the Gallatin Tenth Legion. In 1849 he was elected to the Tennessee General Assembly. After graduation from the Cumberland Law School in Lebanon in 1852, Bate practiced law in Gallatin, serving a term as district attorney general. In 1856 he married Julia Peete, daughter of Col. Samuel Peete of Alabama. In 1859 Bate declined the Democratic nomination for Congress.

A strong believer in states' rights and secession, Bate volunteered as a private in the Second Tennessee Infantry, C.S.A. Elected colonel, he served with his regiment in Virginia and in campaigns which included Stones River, Chickamauga, Missionary Ridge, Franklin, and Nashville. He became major general. Bate was wounded on three times, most severely at Shiloh. In 1863, he declined the Tennessee gubernatorial nomination.

After the war Bate practiced law in Nashville and continued involvement in Democratic Party politics with the "Bourbon" wing. In 1868 he became a member of the State Democratic Committee and the National Democratic Executive Committee. He was elected governor in 1882 and reelected in 1884. Under Bate's administration, the state debt controversy, which had divided the party since 1877, ended with a compromise agreement. In 1886 he was elected to the United States Senate until his death on March 9, 1905.

Senator Bate supported legislation to reduce taxation, create a Weather Bureau, improve the efficiency of the Army Signal Corps, and provide support for common schools. He voted in favor of the admission of Oklahoma, Arizona, and New Mexico to statehood. 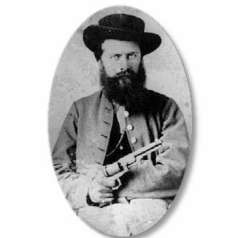 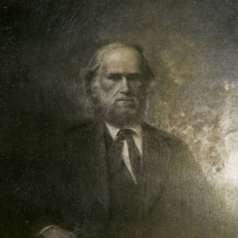