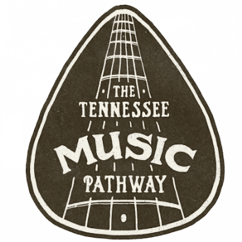 Criteria for location submission on the Tennessee Music Pathway

Tennessee Tourism Vision: To be the global music destination of choice; an authentic American experience rooted in Blues, Bluegrass, Country, Gospel, Rockabilly, Rock and Roll and Soul at the crossroads of American history and renowned scenic beauty

Status: Phase 1 funding of the TMP has been approved by Governor Haslam and the Tennessee State Legislature.

By working with the state historian and through internal research at the Department of Tourist Development, more than 600 possible locations for markers, including birthplaces, resting places, hometowns, high schools and churches, locations of first-known recordings or performances, etc., of the musical pioneers and legends have been identified. We at the Tennessee Department of Tourist Development are not of the belief this is an all-inclusive list.

We in the Tennessee Department of Tourist Development ask you submit musical assets in your counties/communities that potentially could qualify for marker placement and inclusion on the TMP.

While there is a physical Tennessee Music Pathway, partners do not have to be ON the TMP to be a PART of the TMP.

Our goal is to preserve and promote stories and locations in all 95 Tennessee counties.

All submissions will be evaluated based on impact of music in the town, county, region, state and the world and a determination on inclusion on the TMP will be made by a panel of tourism and music partners.

Although more than 600 potential locations have been identified, do not assume all assets in your community or county have been identified. Please read the following criteria and send us your list and any necessary documentation, including whether location is on private or publicly accessible property.

NOTE: Music festivals, big to small; CMA Fest, Bonnaroo, Rhythm n’ Roots, Uncle Dave Macon Days, etc. are not listed here and would not necessarily be eligible for markers per se’ but would be included in online and printed promotional material.