A West Point graduate, Poe helped organize Ohio volunteers and participated in the Rich Mountain campaign as a member of Maj. Gen. George B. McClellan's staff. He organized the defense of Washington, D.C. and was given command of the 2nd Michigan Volunteer Infantry, which he led successfully in Yorktown, the Battle of Seven Pines, Second Bull Run and the Battle of Chantilly.

Promoted to captain, Poe became chief engineer of the XXIII Corps in the Western Theater. For his crucial role in defending Knoxville against Longstreet's siege and in the Battle of Fort Sanders, Gen. William T. Sherman chose Poe as chief engineer for his March to the Sea. For his work in overseeing the burning of Atlanta, Sherman honored Poe and kept him as chief engineer throughout the Carolina Campaign.

In 1865, Poe became the chief engineer for the Lighthouse Board and then Chief Engineer of the Upper Great Lakes. Eight "Poe style lighthouses" bear his design; he became district engineer for the Eleventh Lighthouse District, overseeing construction of lighthouses on Lakes Huron, Michigan and Superior. The Spectacle Reef Light on Lake Huron, unusual in construction, materials and location, has been called, "the best specimen of monolithic stone masonry in the United States" and "one of the greatest engineering feats on the Great Lakes." His Stannard Rock Light with exposed crib is called one of the top ten engineering feats in the nation.

In 1873, Poe became aide-de-camp to Sherman, then commanding general of the U.S. Army. In 1883, he took charge of the improvement of the harbors and rivers of Lakes Superior and Huron. His greatest achievement is the design and construction of the Poe Lock in Sault Ste. Marie, making shipping in the Upper Great Lakes possible and laying the foundation for the steel industry.

An on-duty accident at the "Soo Locks" led to his death of infection on October 2, 1895. He is buried at Arlington National Cemetery. Poe Reef and Poe Reef Light in Lake Huron also bear his name. 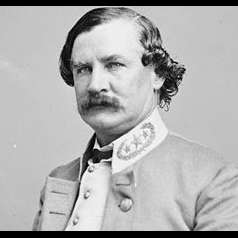 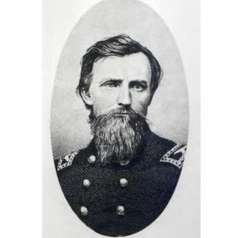